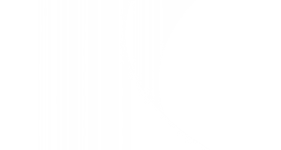 In honour of Vincenzo Lancia and in collaboration with the Lancia family, Valsesia Lancia Story has organized a permanent exhibition in Fobello to celebrate the prestigious Turin car manufacturer that bears his name. The exhibition can be found on the second floor of the G. Lancia building that Vincenzo had built as a school house. The exhibition includes documents, photographs, newspapers and objects that cover the life of the illustrious native of Fobello and of Lancia. The museum is divided into four rooms that carry the name of  the equally famous Lancia models: Augusta, Artena, Astura and Aprilia.

This room recounts the story of Vincenzo Lancia starting with his father who made a name for himself in the business of butchering and preserving meat. The story continues with Vincenzo’s interest in motor sport with the start of work on the Monza race track and his contribution in the organization of the first Giro d’Italia cycle race

This room covers the career of Vincenzo Lancia as a racing driver with some of the races in which he left an indelible impression either because he was the victor or because of the exemplary way in which he competed. A particular occasion was his participation in the Gordon Bennet Trophy where his first Vanderbilt was hailed by the press and from which he emerged the moral victor despite not being able to complete the race.

The exhibition concludes with the automotive world and Vincenzo Lancia’s ‘masterpieces’- the Lambda and the Aprilia, the Aurelia - a post-Vincenzo success and the the Appia – the last model to be produced while the works were still under the control of the Lancia family.

There is material regarding heavy vehicles, tanks and buses.

There is also information regarding the D24 and its victory in the Carrera Panamericana.

This room is dedicated to published material with magazines from the automotive world regarding Lancia and related matters.

Since 1995 in Fobello...where Vincenzo Lancia was born